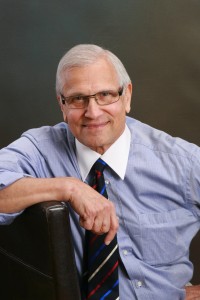 Prior to coming to the Sloan Foundation, Dr. Mayadas spent 27 years at the IBM Corporation. He was Vice President, Research Division, Technical Plans and Controls from 1991 to 1992; Vice President, Technology and Solutions Development, Application Solutions Line of Business, from 1989 to 1991; General Manager, University and College Systems, IBM Personal Systems Line of Business, from 1988 to 1989; Secretary of IBM’s Corporate Management Board and the IBM Management Committee, from 1987 to 1988; and the IBM Management Committee, from 1987 to 1988; IBM Research Division Vice President and Director, Almaden Research Center, San Jose, California from 1983 to 1987; and an IBM Research Division Director, Technical Planning and Controls, from 1981 to 1983.

SLN honors Frank on its 20th anniversary for his support, leadership, and vision of online learning in SUNY and of the SUNY Learning Network.
1994-2014